The Apple Watch 4 includes new mHealth capabilities, such as an ECG sensor and fall detection, but will healthcare providers see enough in the connected care technology to embrace the consumer-facing wearable? {.features-subheader} 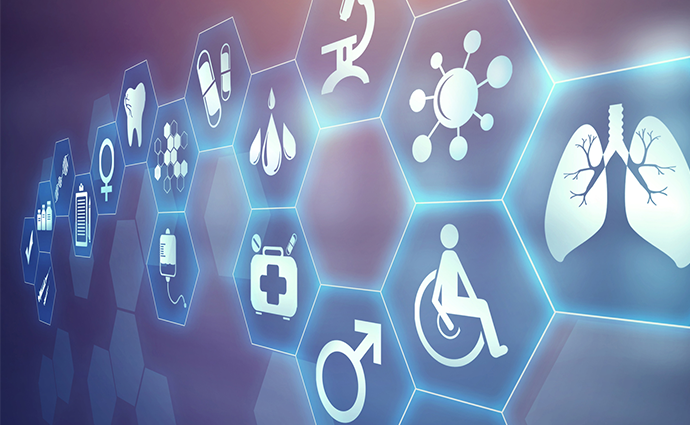 September 13, 2018 – mHealth enhancements to the new Apple Watch are designed to make digital health more consumer-friendly, but will healthcare providers embrace the wearable?

The Apple Watch Series 4, unveiled this week during the company’s typically splashy annual new product roll-out, includes an electrocardiogram sensor and app (granted De Novo classification by the US Food and Drug Administration), enabling users to track their heart rate and, if they want, send a snapshot to their care provider. The new sensor will also reportedly be able to detect atrial fibrillation (AFib) and a low heart rate.

With this new release, the company is doubling down on the smartwatch as a mobile health device, and moving away from the idea that it’s a wearable companion to the smartphone.

“Apple Watch Series 4 enables customers to take an ECG reading right from the wrist using the new ECG app, which takes advantage of the electrodes built into the Digital Crown and new electrical heart rate sensor in the back crystal,” the company said in a press release. “With the app, users touch the Digital Crown and after 30 seconds, receive a heart rhythm classification. It can classify if the heart is beating in a normal pattern or whether there are signs of Atrial Fibrillation (AFib), a heart condition that could lead to major health complications. All recordings, their associated classifications and any noted symptoms are stored in the Health app in a PDF that can be shared with physicians.”

The long-anticipated news drew mixed reactions from the healthcare community. Some praised Apple’s efforts to boost patient engagement in cardiac care, while others questioned whether the ECG sensor would cause more stress and unnecessary healthcare visits than identify actual health concerns.

“I bet there is going to be a massive increase in inbound flow from my patients as well as probably trips to the office and ER visits, but it will be interesting,” Ethan Weiss, an associate professor at the University of California-San Francisco’s  Cardiovascular Research Institute, said on Twitter.

“I imagine Apple’s move to get this FDA approved was designed to help facilitate trust,” says Angela Radcliffe, General Manager for Trial Solutions at PulsePoint, a digital marketing firm. “However, the process will be like any other drug or medical device: physicians may need to be ‘sold’ on the benefits. Additionally, we will want to watch carefully to see how this impact costs – physicians who don’t trust the data may still order an EKG just to be ‘safe.’  As we move toward a value-based care model where outcomes drive reimbursement vs. fee for service, hopefully we will see only upside here as outcomes theoretically may improve thanks to earlier diagnosis or intervention.”

Conversely, some healthcare experts also worry that consumers will place too much faith in the Apple Watch – or similar devices – to monitor their health, simply because it’s so easy to use. They might start neglecting other health measures, or rely on devices that aren’t accurate all the time.

Still, many feel the new watch – which will cost upwards of $399 – represents an important step in patient engagement, and one more piece of the connected health puzzle.

“For peace of mind as a consumer, I would love to have an ECG on my wrist,” says Daniel Kivatinos, co-founder and Chief Operating Officer of drchrono. “It gives more power to consumers. If data collection is made easy for a person, they will use the device, and with Apple Watch it is always on your wrist … so collecting ECG data will become the norm.”

“Generally, savvy providers love having insights into their patients,” he adds. “If a patient has an Apple Watch, it only takes a simple tap on Apple Watch and the data can be shared with a physician.”

Apple’s move continues efforts to bridge the gap between consumer devices like fitness band and smartwatches and medical-grade mHealth wearables favored by clinicians. The company says the Apple Watch 4 is the first consumer-facing device capable of measuring ECG.

That’s partly true. AliveCor has received FDA approval for its KardiaBand, a sensor-embedded wristband that, ironically, attaches to earlier versions of the Apple Watch and tracks ECG through the company’s SmartRhythm app. The KardiaBand is designated a medical device accessory, and is typically purchased by a consumer on the advice of a physician.

mHealth advocates have long been focusing on the capabilities of wearables in detecting AFIb early enough to treat it before it causes a stroke or heart attack. One study, launched in 2016 by the Scripps Research Translational Institute (formerly known as the Scripps Translational Science Institute), found that an mHealth wearable designed to monitor heart health is three times better at detecting AFib than the traditional method of being tested in the doctor’s office.

ADDING TO THE MHEALTH TOOLBOX

Another enhancement addresses the Personal Emergency Response Service (PERS) market: Improvements to the device’s accelerometer and gyroscope so that the smartwatch can detect when the user has fallen and automatically alert care providers if the user has been immobile for at least one minute.

“Fall detection is a feature that we hope you never need but it’s really nice to know it’s there,” Jeff Williams, Apple’s chief operating officer said during the event.

One so-far unexpected benefit: the larger watch face on the Apple 4 – and, by extension, Apple’s new 6.5-inch iPhone XS Max – gives healthcare providers more space to connect with users. The watch will now allow up to eight on-screen shortcuts for apps.

“This will change the game for medical professionals,” says Kivatinos, noting the 40mm version’s screen size is 35 percent larger and the 44mm version’s display is 32 percent larger.  “(W)ith the larger screen space we can put more data on screen.”

As for future enhancements in the smartwatch space, Kivatinos would like to see instant communications capabilities.

“Apple Watch with Walkie-Talkie app will be a game changer,” he says. “Walkie-Talkie will allow medical professionals to be in constant communication in medical settings if needed without having to make a call. This will be big in surgical centers and medical practices.”

“A pulse oximeter that could help signal respiratory distress would be an amazing feature as would sensors that detect seizures or tremors,” adds Radcliffe, of PulsePoint. “If a non-invasive blood sugar monitoring technology could be included, that would also be quite the achievement. These features combined with geolocation functions could really set the device up for a host of use cases from everything from Alzheimer’s and epilepsy to COPD and asthma.”

EXTRA HELP FROM THE FDA?

Some critics questioned the cozy relationship between the FDA and Apple, which was a participant in the agency’s pilot precertification program.

“Due to the great promise of these technologies and the rapid pace of change, the FDA is working to modernize our regulatory approach to better enable and more efficiently spur innovation in this novel area to improve the health and quality of life of consumers and patients,” they wrote.

“We also believe that our approach to regulating these novel, swiftly evolving products must foster, not inhibit, innovation,” they concluded. “This requires us to take modern, flexible, risk-based approaches to regulation in this area, which we hope will reduce the time and cost of market entry, while assuring appropriate patient safeguards are in place. We believe this will this help encourage more developers—including those who are new to the health care space—to translate digital advances into tools that benefit patients.”

Bradley Merrill Thompson, a digital health expert and attorney with Epstein Becker Green, noted the FDA’s de novo decisions regarding the Apple Watch 4 were issued on September 11, just one day prior to the Apple Watch 4’s coming-out party.

“For those who may not have background in a de novo request, these requests are for the first of a kind device and therefore typically take longer to clear than a follow-on device cleared through the 510(k) process,” Thompson wrote in an e-mail. “According to FDA’s performance goals negotiated as a part of the user fee agreement, for 510(k) submissions received in FY 2018, FDA’s goal for the average Total Time to Decision is 124 calendar days. In contrast, FDA’s goal with regard to reviewing de novo submissions is for FDA to ‘issue a decision within 150 FDA days of receipt of the submission for … 50 percent of de novo requests received in FY 2018.’ To be clear, that means it’s expected that the other 50 percent will take longer than 150 days. FDA cleared not one but two Apple de novo reviews in fewer than 30 days. That’s remarkable.”

“I think FDA needs to comment publicly on what they’ve done, to allow the entire industry to know what the rules are,” he concluded. “It’s important that the regulatory process be transparent, and if there are ways to accomplish what Apple accomplished in terms of timing going forward, everyone needs to know of those opportunities.”

STAYING AHEAD OF A GROWING MARKET

The move comes as Apple finds itself struggling for momentum in the smartwatch market. The Apple Watch 4 is the fifth iteration of the company’s smartwatch since its debut in 2015.

A new report from London’s ABI Research finds that Apple is losing market share to competitors – including Samsung, LG, Motorola and, most notably, Fitbit – even as the smartwatch market shows growth.

According to ABI research, smartwatches will overtake activity trackers in popularity by 2020 – Smartwatch shipments will increase from 40 million in 2018 to more than 108 million in 2023, while activity trackers will rise from over 52 million to over 67 million. Meanwhile, Apple’s share of the smartwatch market has dropped 14 percent between 4Q 2017 and 1Q 2018, while newcomer Fitbit is already snagging 10 percent of the market.

“A growing number of features are being added to smartwatches, including activity tracking capabilities, which is increasing their desirability and popularity by consumers and enterprises,” Stephanie Lawrence, a research analyst at ABI Research, said in a press release. “Users do not want multiple devices that can do the same thing. It’s natural that they will opt for the smartwatch which has more functionality, and as the number of different smartwatches available continues to grow, an increasing number of customers are opting for devices other than the Apple Watch.”